Fulfilling a promise I made in Ethiopia 30 years ago 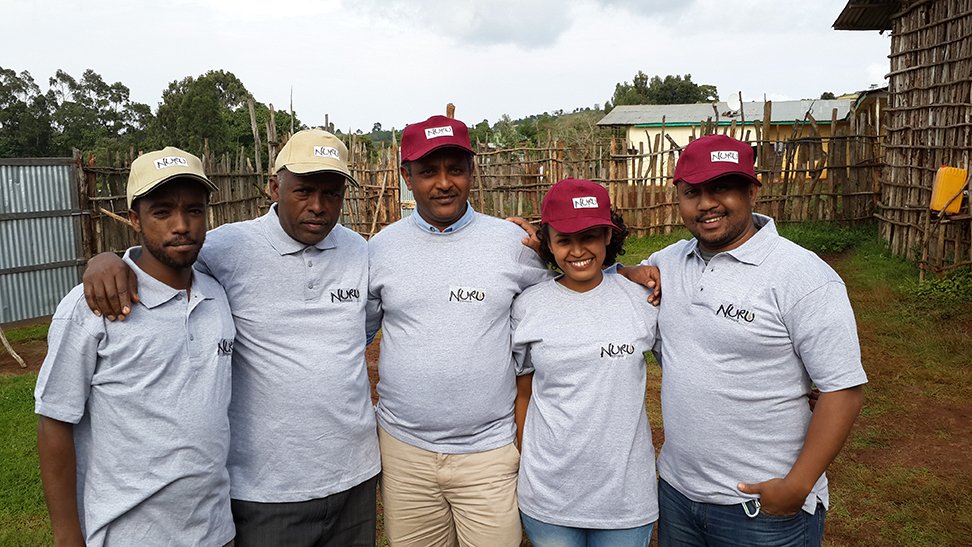 In June 2015, Nuru International achieved a significant milestone: the exit of expat staff from Kenya. Having served an expat rotation and as the only member of African descent on the U.S. international operations team, I would like to express my thoughts on how significant this milestone is for the country of Kenya – as well as for my home country of Ethiopia.

When I joined Nuru International in 2012, I came from a wide range of international development experience working across four countries. My passion for community development and serving the poor started when I was in junior high school around 1984/85. I grew up in the small town of Assela in Southeast Ethiopia, a relatively fertile region with enough annual rain and precipitation to suitably grow teff, wheat, sorghum and other important grains. Food was abundant and prices were relatively cheap, so I didn’t know too much about hunger and extreme poverty until the 1984/85 Ethiopian famine.

At the height of the famine, a massive group of starving people from the North migrated their way to South and reached my hometown. A lot of them were so weak and hadn’t eaten for long time. Local families started sharing the small food they had with children and mothers but only a few survived. This was a very touching moment for me. I felt so guilty that we were not able to save the lives of many young children and the elderly.

After that tragedy, I couldn’t stop thinking about the sufferings of a mother who lost her twin children in her arms’ fold; and about the father who lost his whole family while in a strange land. I asked myself: Why did this unfortunate situation happen in the first place? What could be done to reduce the effect? I had no answer at the time, but pledged to myself to help people transform their lives. I became very interested to know more about poverty and the untold sufferings of mankind. I decided to pursue higher education to learn about social and economic development issues. I earned my undergraduate degree in economics from the Addis Ababa University – and eventually a Master’s in Development Management and PhD in International Development Studies from the Ruhr University of Bochum. After graduation, I worked in various development organizations where we collectively helped thousands to have meaningful choices out of extreme poverty.

In the 30 years since the tragedies of 1984/85, Ethiopia has transformed and is writing a new chapter. With annual GDP growth rate of 10% for the last 10 years, Ethiopia is often mentioned as an African success story.

Because of such support, Nuru Kenya local leaders developed confidence in their work, mastered their program areas and can effectively communicate their work to external partners – which enabled the expat staff to exit. Nuru Kenya will continue expanding its impact as it scales from Kuria West to Kuria East in the coming years.

In addition to working in Kenya, Nuru scaled its programs to Ethiopia in 2013. The local team at Nuru Ethiopia is working closely with expats to develop a sustainable solution for extreme poverty based on the proven model from Kenya. Nuru Ethiopia is already helping Boreda farmers to overcome chronic hunger and recurring economic shocks; and Nuru Ethiopia is poising to scale to other regions within Ethiopia as well. Because of Nuru, I am able to fulfill the promise I made 30 years ago: to help my fellow Ethiopians life free from hunger and extreme poverty.

Financial Inclusion Strategic Advisor — Elias initiated and coordinated the first microfinance project in southern Ethiopia. For eight years he worked for the German International Cooperation (GIZ) in Ethiopia as a program officer. Elias graduated with a BA in Economics from the Addis Ababa University, MA in Development Management, and PhD in International Development Studies from the Ruhr University of Bochum.