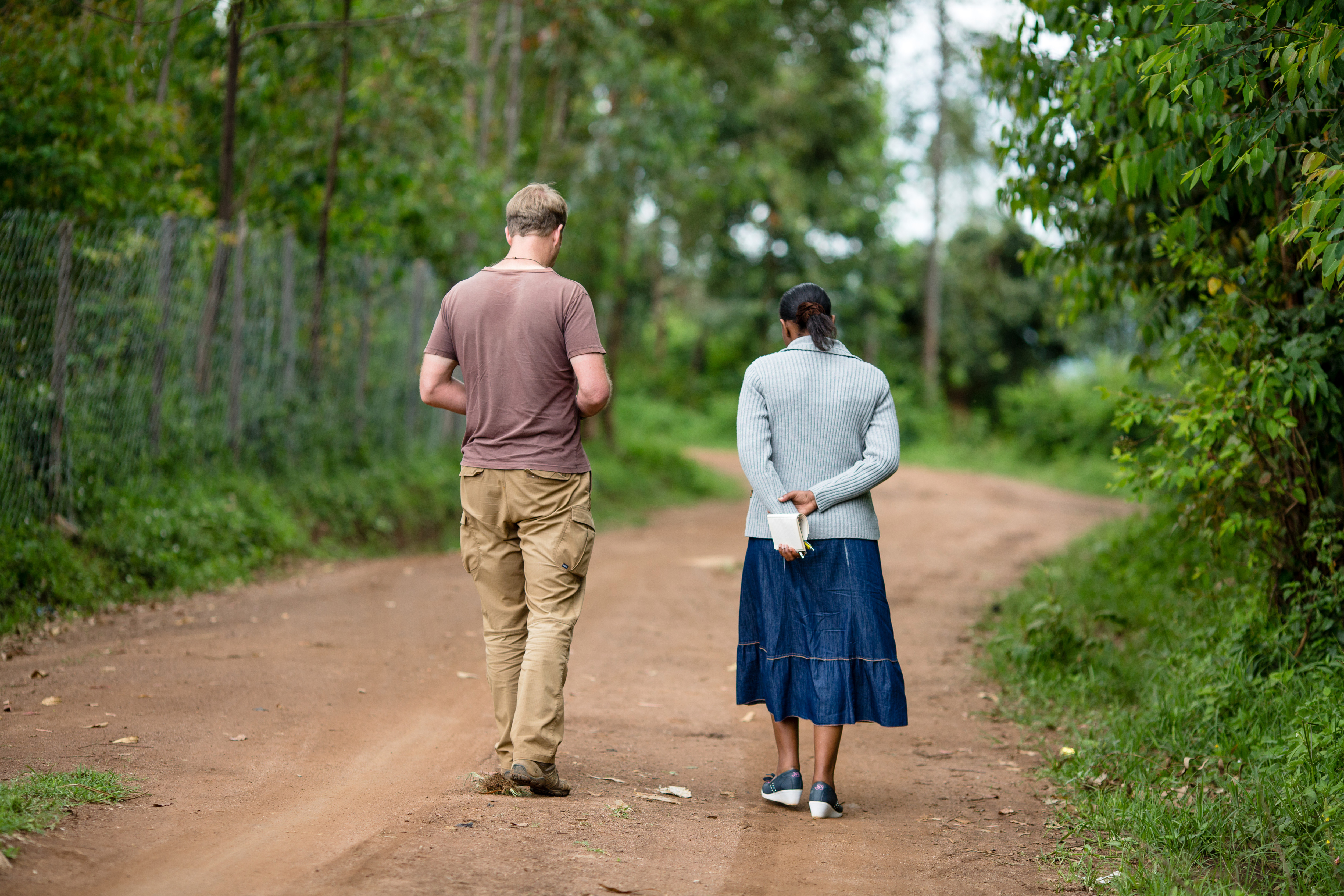 Moving from Mentor to Mentee 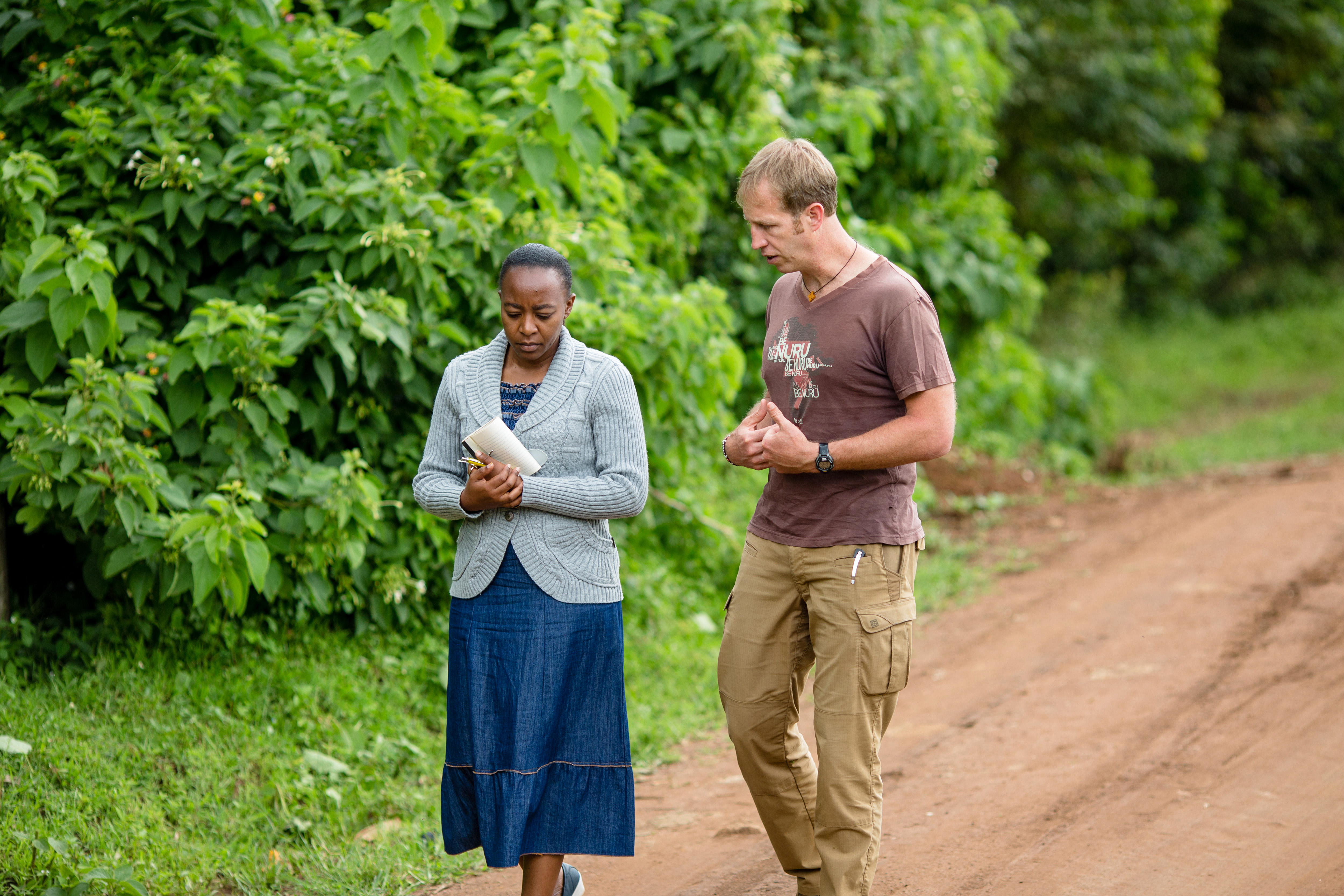 In March, I had an opportunity to head back to Nuru Kenya to work with Pauline a bit. As always, the goat paths, visits with courageous families working with us, a hilarious back and forth with Mama Mogosi over the price of a cup of chai, and a field trip with James Chacha were truly energizing for me – breathing life back into me after months of blocking and tackling on Capitol Hill, Wall Street, and Silicon Valley. But this trip was different and will remain one of my most memorable visits to Kenya ever.

My first indications that this trip would be different started on day one. I arrived about five minutes early to Pauline’s meeting room where she hosts all her staff meetings back by the warehouse and new dairy barn on Nuru Kenya’s compound. Normally, in this situation, I would walk into a silent room of program managers and Pauline patiently awaiting my arrival with notes and powerpoint cued up and ready for a presentation. Umm…not this time. As I walked up, I heard a lot of talking and laughing, and as I rounded the corner, I saw the Nuru Kenya senior team huddled in small groups around posterboard and magazines – cutting out pictures and posting them in various patterns on the boards.

Pauline looked up surprised, looked at her watch, and then rushed over. “I’m very sorry – we got carried away and are running a bit over time. I just need another ten minutes and then we’ll be ready to start,” she said. “What on earth are you guys doing?” I asked. “Vision boards,” she said. “We are envisioning what Nuru Kenya will become in the next five years, and we are going to own that vision and make it happen.” She went on to explain that this is one of a series of trainings that she was bringing back from her fellowship with Acumen – trainings that she was using to build the capacity of her team in a resource-constrained environment.

They finished their exercise and then everyone sat down around the table to begin the meeting. One by one, they went around and updated me on their programs – citing successes and challenges, what their targets were, and how close (or not) they were to hitting those targets. I grilled them with questions – digging to see how deep I could go to test the ownership and critical thinking the managers possessed at this point. It was impressive – particularly since I was talking mostly with the deputies and not the principle managers around the table.

Later that day, I found myself sitting across the desk from Pauline in her office during our first of several one on ones during that trip. The conversation was not our usual back and forth addressing boxes to be ticked off in our respective notebooks. Instead, Pauline was casting vision…to me. She was excited. She told me about the agrovet within the Union that would help get the Union off the ground. She described how Casey Harrison, Nuru’s Rural Livelihoods Strategic Advisor, had been helping her put more structure around her idea of embedding a Savings and Credit Community Organization (SACCO)  under the Union so that eventually, Nuru households could carry out all their banking needs at the SACCO. She laid out the pros and cons of scaling for me – articulating that she would like to have only modest increases in total households and not create new cooperatives in the coming two years – but instead, go deep and saturate the communities they were currently in – growing the size of the fourteen cooperatives that will form the Union. She talked about the tradeoffs of scaling vs. proving the hypothesis about a stand-alone Union and SACCO that could independently provide financial and social services to member households independent of NK. She went on to describe innovation after innovation. She talked about managing seemingly impossible crises with her team – sounding like a seasoned corporate CEO.

As I listened to Pauline talk – describing idea after idea and the way that she and her team were addressing what seemed to me to be daunting challenges – I had a powerful, enlightening moment. I interrupted her (terrible, but I couldn’t help it). “I can’t believe this,” I said. “I can’t believe all that you are doing here – all that you and your team are working on and seeking to achieve.” She looked up at me, a little perplexed. I got a little choked up. “I think I’ve been waiting ten years for this moment,” I said with growing admiration. “I’m not just proud of you,” I said. “I admire you, and I want to learn from what you are doing here and how you are doing it.” I teared up a little bit. “This is what Philip saw ten years ago when we sat together on a bench in a tiny dispensary in Nyametaburo village, and he told me to just believe.”

This is what we have been working for. Pauline and her team are certainly not perfect – and they don’t claim to be – but what they are building with our support is a platform to experiment with and prove cutting edge new approaches and methodologies in remote rural development – approaches that can be adopted and scaled up in both stable and unstable areas. I began to realize as I sat there that people may never remember the name Nuru International…but they will most assuredly remember Nuru Kenya, Nuru Ethiopia, Nuru Nigeria…and they will remember the bold men and women who led these organizations to create sector and game-changing solutions that will literally transform the way development is done in the coming years.

This is what we are fighting for! You have enabled this to happen. And this is just the beginning. The story will continue to grow now in strength and power in the coming years…until the voice of the marginalized and vulnerable will finally be heard on a global scale.

Founder & CEO — Jake graduated with distinction from the US Naval Academy and served seven and a half years as an Infantry and Special Operations Platoon Commander in the Marine Corps. Jake left the military and enrolled at Stanford Graduate School of Business to found Nuru International. Upon graduation, Jake led a team to launch Nuru’s first project in Kenya.