Can rural farmers cope with drought and famine? 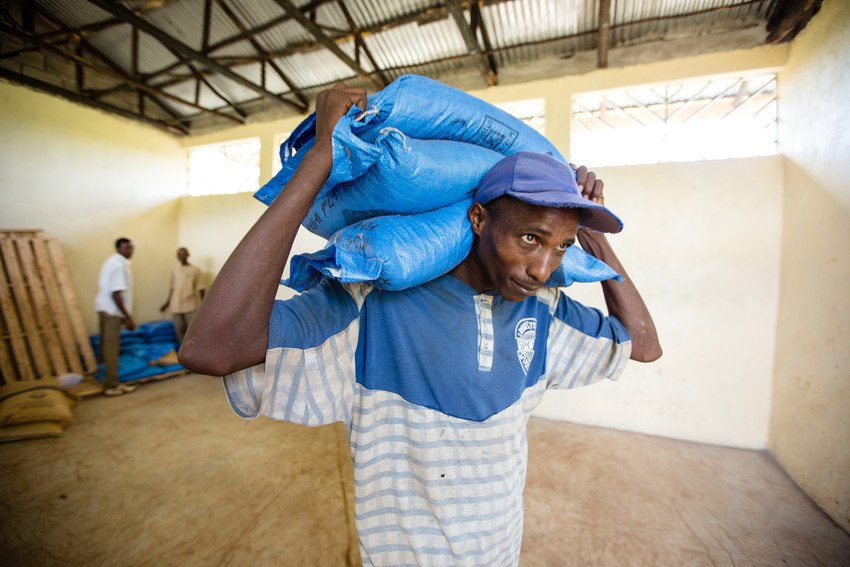 El Niño has disrupted normal weather conditions and crop production in many parts of the world and across East Africa. This global weather phenomenon is creating warmer than average waters in the Pacific Ocean and affecting global climates. The 2015 El Niño is among the strongest in the past 50 years.

Ethiopia already suffers inordinately from droughts due to climate patterns, and El Niño has worsened the situation for a country with widespread dependence on rain-fed agriculture.

Across vast regions of Ethiopia, the belg (spring) rains, normally expected to start in February, mostly failed. The meher (summer) rains, which usually pour from June to September, started on time but were unevenly distributed and stopped earlier than expected. This has created widespread crop failure, as well as livestock deaths in many parts of the country. The most affected areas are Afar, Somali, Southern Tigray and North East Amhara regions. The lowlands of Southern Region, including Boreda where Nuru Ethiopia works, have been affected as well— although they are outside the epicenter of the hardest hit areas.

Ethiopia has a long history of episodic food insecurity and hunger because over centuries little has changed in the way farmers live and cultivate their land. I lived through the height of the infamous 1984/85 Ethiopian famine. I witnessed people dying in relief camps and service centers. I witnessed how people coped with such severe disaster in unprecedented ways.

Ethiopia has economically transformed since the fateful years of 1984/85. With annual GDP growth rate of 10% for the last 10 years, the country is one of the fastest growing economies in the world. The country has better security, peace and early warning and preparedness systems. It is reasonably positioned to overcome the challenges of the drought more effectively now than ever before.

While food distribution from government and aid agencies helps in the short-term, such relief doesn’t foster long-term security. The only way to help farmers households survive these expected waves of shocks is to build resilience through coping strategies.

Farmers in rural Ethiopia employ a range of strategies to overcome the challenges of drought and chronic food shortage including but not limited to: consuming a reduced quantity and variety of food; migrating to other regions; liquidating productive assets, such oxen or donkeys; utilizing limited savings; and relying on support structures of family and friends. Few of these strategies are sustainable over the long-term. Here’s why:

All these undesirable coping strategies make farmers less productive and displace them from their farms during the most crucial times of the farming seasons.

Unsustainable coping strategies followed by shocks are common traps that keep farmers in extreme poverty—not just for years, but for generations.

Nuru believes that a farmer who saves small amounts on a regular basis will have better resources to tap into during difficult times.

Nuru promotes community members to build social capital, networks and support structures. Such support enables farmers to work together to a common end. A farmer who learns new financial management skills and engages in additional income generating activates will be less vulnerable to weather-related shocks.

Nuru is working to build resilient communities, which can overcome episodic hunger and vulnerability to economic shocks in a sustainable way.

Nuru Ethiopia is assessing the effect of the drought on farmers in Boreda, Southern Ethiopia. Based on the outcome of the assessment, it will provide support through its Agriculture and Financial Inclusion Programs. Nuru’s support will focus on building a reserve fund for agricultural input loans and providing financial support to protect farmers from liquidating productive assists or migrating to other regions. Look for an update in early 2016 regarding the drought in Ethiopia and Nuru’s interventions.

Financial Inclusion Strategic Advisor — Elias initiated and coordinated the first microfinance project in southern Ethiopia. For eight years he worked for the German International Cooperation (GIZ) in Ethiopia as a program officer. Elias graduated with a BA in Economics from the Addis Ababa University, MA in Development Management, and PhD in International Development Studies from the Ruhr University of Bochum.